You are here: Home / About

Alex Simmons is an award-winning freelance writer.  He’s also a creator of comic books, screenplays, and stage plays. And as a  teaching artist and consultant he’s shared his years of experience globally.  Yes, being Alex Simmons keeps him very busy.

What He’s Been Up To: 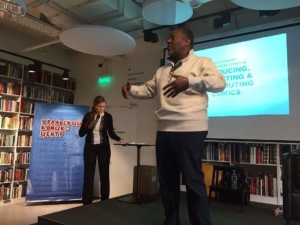