You are here: Home / Awards and Clientele

Over the past 35 years, Simmons has been recognized for a number of his accomplishments.

Simmons was selected to be a judge for the coveted, Eisner Awards.

Received the prestigious INKPOT AWARD from Comic Con International (aka San Diego Comic Con) for his accomplishments as a comics author/creator, and for his work with children.

Received the GLYPH AWARD for Best Writer for his graphic novel, Blackjack: There Came A Dark Hunter.

Received the Glyph Best Writer Award for the books, Archie & Friends, as well as, The Cartoon Life of Chuck Clayton.

Simmons has also received recognition as the co-founder/producer of the annual KIDS’ COMIC CON (KCC).  KCC is a comic book convention for children, families, and educators.  For twelve years it has brought fun, art, literacy and science to children from New York to Africa.

Simmons is also the founder and curator of the COLOR OF COMICS art exhibition.  COC contains images from artists around the globe representing the portrayal of people of color in comics. This event was chosen by the American Embassy in Dakar.  It was part of the Fessman International Cultural Arts Festival in Senegal Africa, in December 2010.

Simmons has been brought in as a guest speaker to talk about such matters as literacy, arts-n-education, diversity, and more. He’s given workshops on science and super heroes, journalism, and playwriting to students and teachers in varying socio-economic levels. 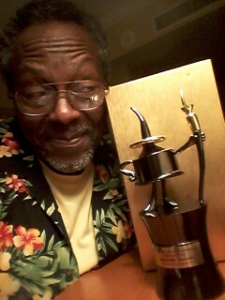